Pharmaceuticals Supplier, Exporter, Manufacturer of GMP Pharmaceuticals, Medical Supplies, Veterinary - Mercator Pharmaceutical Solutions is a leading supplier and exporter of pharmaceutical and health care products for both human and animal needs. We market a wide range of products covering both the scope of the WHO's essential drug list and the most recent, cutting-edge therapies. 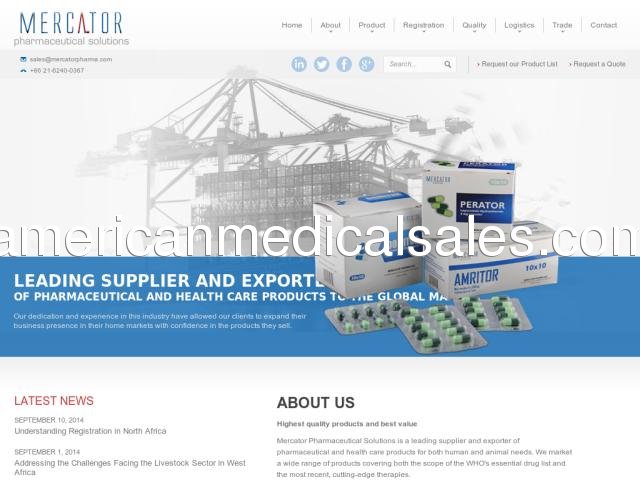